From time immemorial people in Rhodopy mountain knit woolen braiding. When it was hand knitted from colored woolen threads it was round, and flat when it was knitted on special two or four boards. For the round braiding the craftsmen invented manual cog wheel, called “donkey”, that works with from 8 to 22 threads.

During the first half of 19th century in the Balkan and Sub-Balkan villages was invented and introduced the mechanical cog wheel that modernized the braider’s craft and turned it into main occupation. In the Rhodopy Mountain the evolution from hand knitting to mechanical weaving was delayed and put the braider’s craft in the circle of the domestic woman’s work.

In the braider’s shop the visitor’s attention is caught by the two cog-wheels – the braid knitting machines. They are a cause for pride – created by the Bulgarian technical genius in the first decades of the 19th c.

The daily rattling of the cog-wheels resound the neighborhood of the Old town. Operating with water in the past, today they work with electricity. But that is the only innovation. After the woolen braiding is knitted begin the real mastery. At first the woolen braiding is singed therefore it will be sleek without fibrils. Then comes the dyeing – the master makes fire, puts big cauldrons with different colors on them. Mostly the braiding is dyed black. The next stage is washing therefore the braiding’s color couldn’t run when the costumes are ready. The last stage is drying in the sun. That is the most attractive stage. Then at the facade of the Braider’s workshop appears wonderful rainbow of woolen braiding. 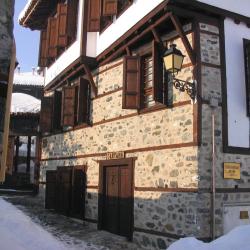 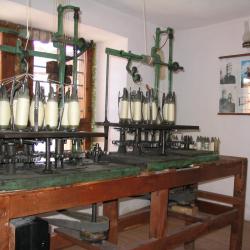 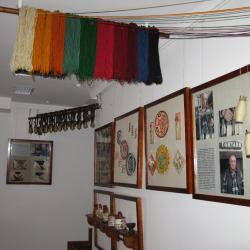 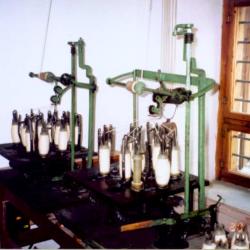 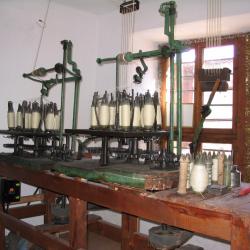