The main purpose of creating a museum dedicated to Deliu Voivoda was to provide more and more detailed information about it.There is a rich folk folklore, similar to the Greek Odyssey, which tells of Deliu's life from an early age, the reason for becoming a haidutin, the protection of the local population, the correspondence with Kurt Aga and Alemin Bey for his love with Gülsüme , about the silver bullet and So the museum shows us an image woven by legends, songs and historical credibility. He is one of the few in the country, and perhaps the only one who represents the haidouk movement in Bulgaria on a national scale. This movement is a prerequisite for the emergence of organized revolutionary struggle against Ottoman robbers, the April uprising and the subsequent Russo-Turkish War of Liberation.

It is with the haidouk movement and the historical reality in which it arises that it introduces the first hall of the Museum. This is the time of feudal fragmentation in the Ottoman Empire, the devastation of Kurdjali and the constant wars with Russia. Here are some of the most significant and loved voivods in Bulgarian history: Angel, Valchan, Indje, and Captain Petko Voivode.

The second floor of the museum is dedicated to the legendary gold hero hero, Deliu Haidutin. There are facts about his life and activity, such as are known to us by local folklore. Authentic clothing, decorations, and armament from the time of the Voivodata carry us to the end of the 18th and the beginning of the 19th century. The appearance of the city from a little more recent times - the beginning of the twentieth century - is shown in the photographs of Zlatograd as shown here.

Everyone knows that the song "Izlel je Deliu haidutin", in the performance of Valya Balkanska, flies in the cosmos, but in the new museum one can see a copy of the gold plate; tourists will understand what the diagrams and sketches depicted on it mean, what the plate still contains and what its movement in space. In the Delight and Space Interactive Hall, tourists will be able to learn more about the voivod by viewing a short film about him. 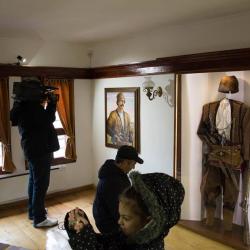 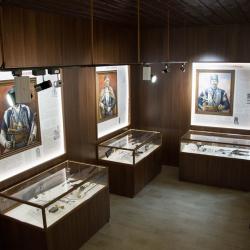 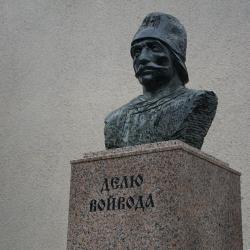